William Youmans is an American actor.

Grand-nephew of composer Vincent Youmans, he made his stage debut in 1981 with The Little Foxes and soon became primarily known for his roles in stage musicals.

However Youmans also made a number of appearances onscreen, such as the television series Law and Order and film Birdman. He also provided voices for the video game Wing Commander IV.

Youmans originated a number of roles on stage, beginning with his Broadway debut in Big River, followed by such works as Renfield in Dracula, John Jacob Astor in Titanic and Dr. Dillamond in Wicked.

Youmans also appeared in such varied productions as The Pirate Queen (as Sir Richard Bingham), the stage adaptation of Coraline and the original cast of Hands on a Hardbody.

Hands on a Hardbody (2012)(originated the role) 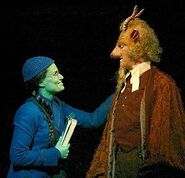 Elphaba and Dr. Dillamond in Wicked. 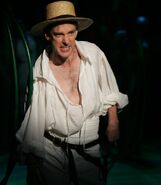 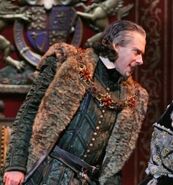 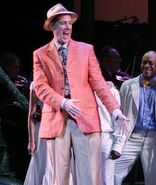 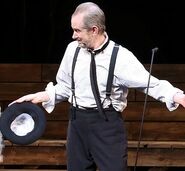 Jacob Woodling in Paint Your Wagon.
Add a photo to this gallery
Retrieved from "https://goldenthroats.fandom.com/wiki/William_Youmans?oldid=45292"
Community content is available under CC-BY-SA unless otherwise noted.