Walter Pidgeon was an American actor.

Born in Saint John, Canada, he studied voice at the New England Conservatory of Music before appearing on stage and later making his silent screen debut in 1926. He soon appeared in a number of screen musicals before having a number of roles onstage in such plays as Something Gay, Night of January 16th, and There's Wisdom in Women.

Pidgeon achieved greater success appearing in the films How Green Was My Valley and Mrs. Miniver (for which he received an Academy Award nomination) and later moved into television programmes including Breaking Point, Marcus Welby, M.D. and Perry Mason.

Pidgeon sang in a number of films, including Sweet Kitty Bellairs (where he played Lord Varney), Listen, Darling (as Richard Thurlow) and the television movie Cinderella, where he played The King. He also appeared as Nat Miller in the original cast of Take Me Along. 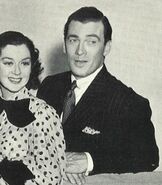 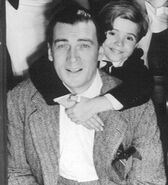 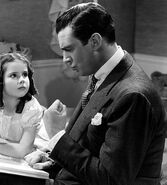 Tyler Flagg in Stronger Than Desire. 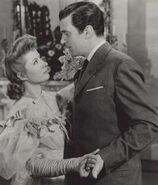 Edna and Sam Gladney in Blossoms in the Dust. 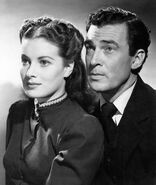 Judge Cornelia Porter and Jeff Sherman in Design for Scandal. 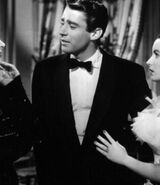 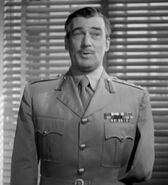 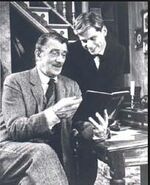 Nat and Richard Miller in Take Me Along.

The King in Cinderella.
Add a photo to this gallery
Retrieved from "https://goldenthroats.fandom.com/wiki/Walter_Pidgeon?oldid=51984"
Community content is available under CC-BY-SA unless otherwise noted.