Vincent Price was an American actor.

Born in St. Louis, Missouri, he studied at the University of London during which time he became drawn to acting and made his professional stage debut in 1934. He first appeared onscreen in 1938, making a number of character appearances, before starring in Tower of London, the first of many horror appearances.

Price would notably go on to appear in such films as Witchfinder General, The Abominable Dr. Phibes and Theatre of Blood, on radio as Simon Templar in The Saint, and memorably as Egghead in the 1960s Batman series. He was also a noted art collector and gourmet cook, and renowned voice actor, providing vocals for Thriller and appearing on programs such as The 13 Ghosts of Scooby-Doo. He made a notable final film appearance as the benevolent inventor in Edward Scissorhands.

Over his extensive career, Price sang professionally several times in several mediums, including an early duet with Gene Tierney in Dragonwyck, playing Sir Despard Murgatroyd in the television film of Ruddigore.

Price also appeared in the stage musical Darling of the Day in the leading role of Priam Farll, and released a cover of The Monster Mash in 1977. In one of his favorite roles, Professor Ratigan in The Great Mouse Detective, he featured in two songs, "The World's Greatest Criminal Mind" and "Goodbye So Soon", reported to have been written specifically for him.

Clifford Lyncheon in The House of Seven Gables. 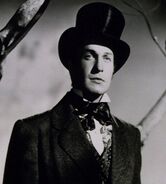 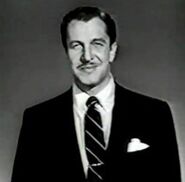 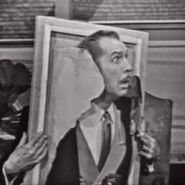 Priam Farll and Alice Challice in Darling of the Day. 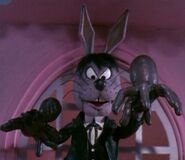 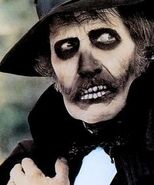 Kermit the Frog and Vincent Price in The Muppet Show. 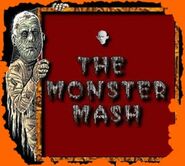 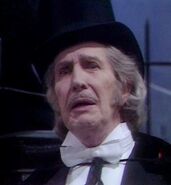 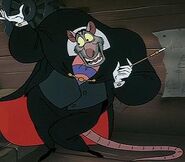 Professor Ratigan in The Great Mouse Detective.
Add a photo to this gallery
Retrieved from "https://goldenthroats.fandom.com/wiki/Vincent_Price?oldid=53690"
Community content is available under CC-BY-SA unless otherwise noted.