Tom and Jerry: The Movie as Lickboot
The New Adventures of Superman as Nigel St. John
Thumbelina as Cow
The Hunchback of Notre Dame as Judge Claude Frollo
An American Tail: The Treasure of Manhattan Island as Toplofty
Miss Spider's Sunny Patch Friends as Spiderus

Tony Jay was an English actor.

Born in London, England, Jay initially appeared as both a stage and radio actor, notably appearing as Shylock in The Merchant of Venice. He also made several live action television appearances including Star Trek: The Next Generation, and a long running role as Nigel St. John in The New Adventures of Superman.

Jay was best known however as a voice actor, particularly known for his work with Disney, in Beauty and the Beast, The Jungle Book 2 and most famously as Judge Claude Frollo in The Hunchback of Notre Dame.

Jay's rich baritone voice was used for singing in several of his (generally animated) roles, beginning with his role as Lickboot in Tom and Jerry: The Movie, and followed by several additional chorus voices.

Jay's most notorious song came with The Hunchback of Notre Dame where he performed "Hellfire", in which the villainous Frollo considers his lust for Esmeralda.

An American Tail: The Treasure of Manhattan Island (1998)

The New Adventures of Superman (1994) 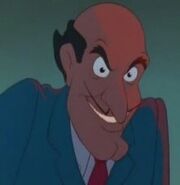 Lickboot and Tom and Jerry: The Movie. 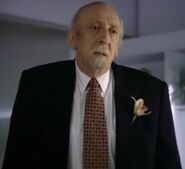 Nigel St. John in The New Adventures of Superman. 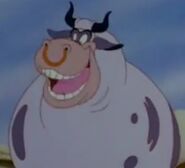 Judge Claude Frollo in The Hunchback of Notre Dame. 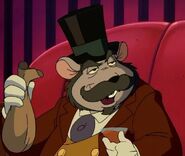 Toplofty in An American Tail: The Treasure of Manhattan Island. 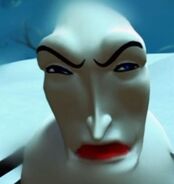