Tom Bosley was an American actor.

Born in Chicago, Illinois, Bosley attended DePaul University and made his stage debut in 1947. He made his television debut in 1955 but first gained recognition for his award-winning role in Fiorello! This subsequently led to a number of film roles, including Love With the Proper Stranger and Yours, Mine and Ours.

Bosley's best known roles came with his ling running television characters of Howard Cunningham on Happy Days and Father Frank Dowling in the Father Dowling Mysteries. He also provided a number of voices on both radio and animated specials.

Bosley made a number of singing appearances on stage and screen, beginning with his originating of the title role in Fiorello! and those of Izzy Einstein in Nowhere to Go But Up and Hyman in The Education of H*Y*M*A*N K*A*P*L*A*N.

Bosley also sang a number of times in his long-running role as Howard Cunningham in Happy Days and in the film The Stingiest Man in Town as B.A.H. Humbug. He later originated the role of Maurice in Beauty and the Beast and played both Cap'n Andy Hawkes in Show Boat and Herr Schultz in Cabaret.

Beauty and the Beast (1994)(originated the role) 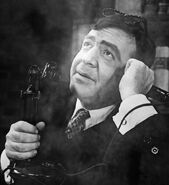 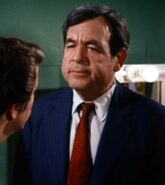 B.A.H. Humbug in The Stingiest Man in Town. 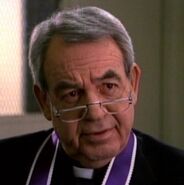 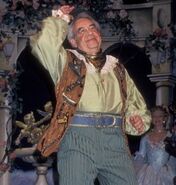 Maurice in Beauty and the Beast. 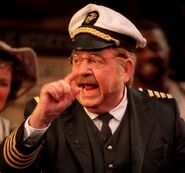 Fraulein Schneider and Herr Schultz in Cabaret.
Add a photo to this gallery
Retrieved from "https://goldenthroats.fandom.com/wiki/Tom_Bosley?oldid=48606"
Community content is available under CC-BY-SA unless otherwise noted.