Teri Ralston is an American actress.

Born in Holyoke, Colorado, Ralston became interested in acting whilst studying at San Francisco, making her debut as young Luisa in The Fantasticks before eventually moving to New York and appearing in several Broadway shows. She worked with several great songwriters including Stephen Sondheim, Stephen Schwartz and Cy Coleman.

Although best known for her stage appearances, Ralston also appeared in a number of television series as guest roles, including Murder, She Wrote and Frasier, and directed several productions, such as A Funny Thing Happened on the Way to the Forum and Man of La Mancha.

Ralston began a succesful musical theatre career in the 1960s, but did not not truly blossom until her Broadway debut in 1970 playing the role of Jenny in the original cast of Company and three years later originating the role of Mrs. Nordstrom in A Little Night Music on both the Broadway and West End stages. These associations with Stephen Sondheim led to her appearing in the show Sondheim: A Musical Tribute in 1973.

Ralston also appeared with the original cast of The Baker's Wife playing Denise, and continued her work for Sondheim both in the revue Side by Side by Sondheim and through three seperate appearances in Follies in the role of Sally. She also appeared in the original casts of experimental musicals Hats! in 2006 and Marcy in the Galaxy in 2008 as well as releasing her own album I've Got to Get Back to New York.

Sunday in the Park With George

Marcy In The Galaxy (2008)(originated the role)

Bobby, David and Jenny in Company. 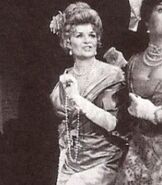 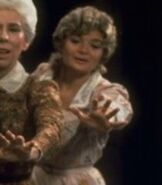 Denise in The Baker's Wife. 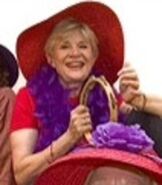 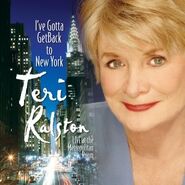 I've Gotta Get Back to New York.
Add a photo to this gallery
Retrieved from "https://goldenthroats.fandom.com/wiki/Teri_Ralston?oldid=45162"
Community content is available under CC-BY-SA unless otherwise noted.