Susan Sarandon is an American actress.

Born Susan Tomalin in Jackson Heights, New York, she first appeared in a major motion picture after attending a casting call with her then husband Chris Sarandon. She appeared in a number of television series and films but did not come to prominent public attention until the cult film The Rocky Horror Picture Show, and later Atlantic City, for which she received an Academy Award nomination.

Sarandon made a wide variety of film appearances, from black comedy such as The Witches of Eastwick to heavy dramas including Dead Man Walking and Thelma and Louise, both of which provided her with Academy Award nominations for Best Actress, winning for the former. On television she appeared as Bette Davis in the historical drama Feud. She also became a prominent social and political activist, working for UNICEF on occasion, and strongly speaking out against the war in Iraq.

As well as brief segments in films including also sang as Miss Spider in the animated film James and the Giant Peach, portraying Margherita Sarfatti in Cradle Will Rock, the true life story of making a controversial musical, and as Kitty Kane in the karaoke musical Romance & Cigarettes. 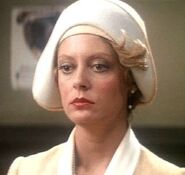 Peggy Grant in The Front Page. 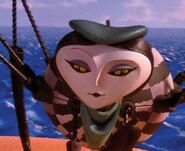 Miss Spider in James and the Giant Peach. 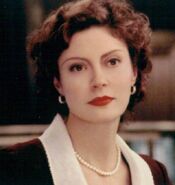 Margherita Sarfatti in Cradle Will Rock. 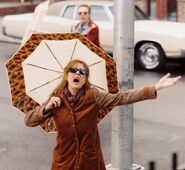 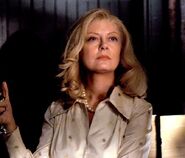 Doris Duke in Bernard and Doris. 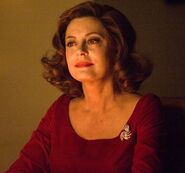