Ron Moody was an English actor.

Born Ronald Moodnick in Tottenham, Middlesex, he trained as an economist and was a member of the Royal Air Force before deciding to become a professional actor and comedian, frequently writing and staging his own revues. Eventually he made his way on to the West End stage and found success, most notably for Oliver!, though there were a number of other successes. This led to him being offered the role of the Doctor in Doctor Who, which he turned down and later regretted.

Moody was also a successful screen actor, appearing Mel Brooks' The Twelve Chairs, and provided voices for a number of television and radio productions including The Animals of Farthing Wood.

A man of many skills, Moody had an extensive range of singing roles on stage and on film, beginning with a number of cabaret style engagements, notably For Amusement Only. He then appeared as the Governor in Candide, during which time he auditioned for the role that would cement his name in musical theatre history; that of Fagin in Lionel Bart's Oliver!, a role he would reprise for several revivals and a film adaptation, for which he received an Academy Award nomination.

He also spent a sizeable period of his life writing the musical Joey, Joey, which he later starred in, playing the lead. In 1988 he originated the titular role in Sherlock Holmes: The Musical and in 1996 appeared in a concert performance of Follies. 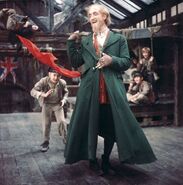 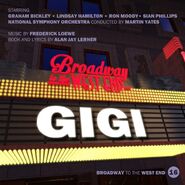 Gigi.
Add a photo to this gallery
Retrieved from "https://goldenthroats.fandom.com/wiki/Ron_Moody?oldid=48775"
Community content is available under CC-BY-SA unless otherwise noted.