Robert Morse is an American actor.

Born in Newton, Massachusetts, he was a member of the Neighborhood Playhouse before making a film appearance in The Proud and the Profane and being cast as Barnaby Tucker in the stage play The Matchmaker. Morse received a number of Tony Award nominations for both musicals and straight plays.

As well as stage appearances, Morse also appeared in several films including A Guide for the Married Man, Where Were You When the Lights Went Out? and also a noted television performer, appearing in the recurring role of Bertram Cooper in Mad Men.

Morse performed in a number of different mediums, beginning on stage creating roles in such shows as Take Me Along, Sugar and (most famously) as J. Pierrepoint Finch in How to Succeed in Business Without Really Trying. He would later reprise this role for the film adaptation.

Morse also sang in several animated productions, notably the Christmas films The Stingiest Man in Town and Jack Frost. He would continue to appear in stage musicals, including Show Boat (as Cap'n Andy Hawkes) and DuBarry Was a Lady (as King Louis) as well as playing The Wizard in the premiere of Wicked.

How to Succeed in Business Without Really Trying (1967) 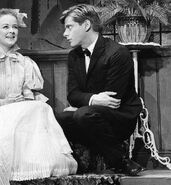 Richard Miller in Take Me Along.

J. Pierrepoint Finch in How to Succeed in Business Without Really Trying. 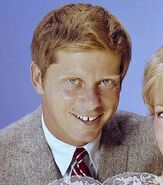 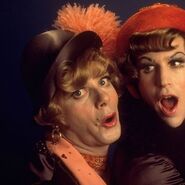 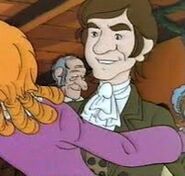 Young Scrooge in The Stingiest Man in Town. 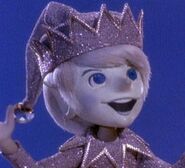 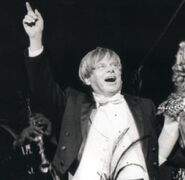 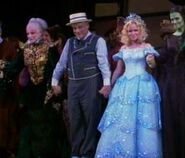 The Wizard in Wicked. 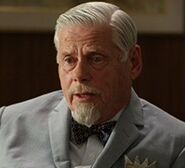 Bertram Cooper in Mad Men.
Add a photo to this gallery
Retrieved from "https://goldenthroats.fandom.com/wiki/Robert_Morse?oldid=49995"
Community content is available under CC-BY-SA unless otherwise noted.