The Merry World
A Night in Paris
George White's Scandals
Life Begins at 8:40
The Great Ziegfeld
On Your Toes as Phil Doolan III/Hoofer (original Broadway cast)
Rosalie as Bill Delroy
Sweethearts as Hans
The Wizard of Oz as The Scarecrow/Zeke
Keep Off the Grass
Sunny as Bunny Billings
Four Jacks and a Jill as Nifty Sullivan
By Jupiter as Sapiens (original Broadway cast)
Stage Door Canteen
The Harvey Girls as Chris Haule
Three to Make Ready
Where's Charley? as Charley Wykeham (original Broadway cast/film)
Look for the Silver Lining as Jack Donaghue
Where's Raymond? as Ray Wallace
Sunday Showcase
The Bell Telephone Hour
Babes in Toyland as Barnaby
All American as Professor Fodoroski
The Daydreamer as The Pieman
Come Summer as Phineas Sharp (original Broadway cast)
The Partridge Family as Grandpa Fred Renfrew

Ray Bolger was an American actor and dancer.

Born Raymond Bulcao in Dorchester, Massachusetts, he began as a dancer and vaudeville performer before eventually moving into film, appearing in such pioneering colour films as Sweethearts and (most famously) The Wizard of Oz, in which he played The Scarecrow.

As a variety performer, Bolger would often sing and dance on television and film, often as himself, though he also appeared in a number of shows such as the eponymous Where's Raymond?

Bolger performed in a large number of stage and film musicals, beginning with such revues as A Night in Paris and the film variety show The Great Ziegfeld. In his famous role as The Scarecrow, he sang a number of songs, including "If I Only Had a Brain."

Bolger also appeared in a number of stage musicals, including the original casts of By Jupiter and Where's Charley?, as well in films such as Babes in Toyland.

All American (1962)(originated the role) 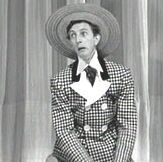 Phil Doolan III in On Your Toes. 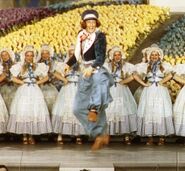 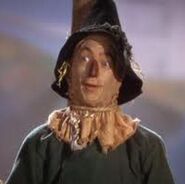 The Scarecrow in The Wizard of Oz. 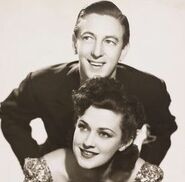 Keep Off the Grass. 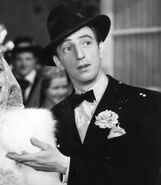 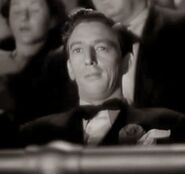 Nifty Sullivan as Four Jacks and a Jill.

Sapiens in By Jupiter. 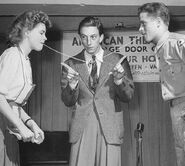 Chris Haule and Susan Bradley in The Harvey Girls. 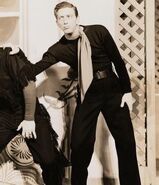 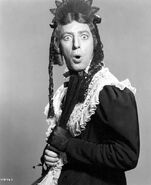 Jack Donaghue and Marilyn Miller in Look for the Silver Lining. 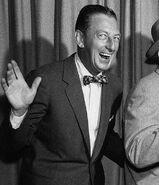 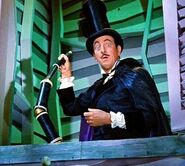 Barnaby in Babes in Toyland. 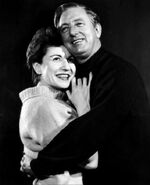 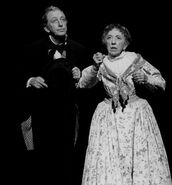 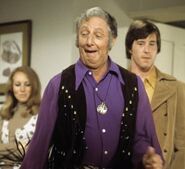 Grandpa Fred Renfrew in The Partridge Family.
Add a photo to this gallery
Retrieved from "https://goldenthroats.fandom.com/wiki/Ray_Bolger?oldid=48602"
Community content is available under CC-BY-SA unless otherwise noted.