Peter Capaldi is a Scottish actor, musician and director.

Born in Glasgow, Scotland, Capaldi attended the Glasgow School of Art before displaying talent as an actor, puppeteer and singer/vocalist of rockband The Dreamboys. He soon made his screen debut in 1983's Local Hero before appearing in such television series as John and Yoko: A Love Story, The Vicar of Dibley and Skins, as well as directing Franz Kafka's It's a Wonderful Life, for which he won an Oscar. However, he would make his breakout role as the foul mouthed spin doctor Malcolm Tucker in the series The Thick of It and In the Loop, its related film.

Capaldi also appeared in the stage production of The Ladykillers as Professor Marcus as well as appearing in such films as Magicians, World War Z and Paddington. In 2013 he took over the role of the The Doctor in Doctor Who.

Capaldi sang several times onscreen, firstly as rock star Zeno Vedast in The Ruth Rendall Mysteries, performing a haunting segment of "Cheek to Cheek" in the series Neverwhere and singing the bizarrely comic "We've Got Trouble" in the comedy Hotel! to name a few. He also sang at the live show A Mighty Big If, performing "Pale Blue Eyes." 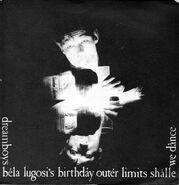 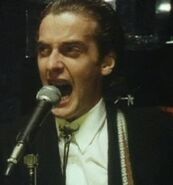 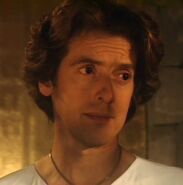 The Angel Islington in Neverwhere. 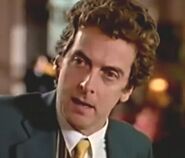