Paul Thomas is an American actor and adult director.

Thomas played the apostle Peter in Jesus Christ Superstar before singing a number of times in his adult film career, even writing the song "If Wishes Were Horses" for the feature Fantasyworld. 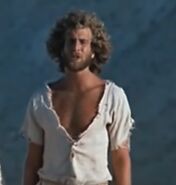