Company as Marta
Oklahoma! as Ado Annie
Show Boat as Ellie May Chipley
The Mystery of Edwin Drood as Citizen of Cloisterham, Edwin Drood/Miss Alice Nutting, Succubae/Miss Florence Gill (original Broadway cast)
Of Thee I Sing/Let 'Em Eat Cake as Diana Devereaux (concert)
Les Misérables as Fantine
Mack & Mabel
Sitting Pretty as May Tolliver
The Cat and the Fiddle
The Nutcracker Prince as Clara (singing voice)
Beauty and the Beast as Belle
South Pacific as Nellie Forbush
One Touch of Venus as Venus
Beauty and the Beast: The Enchanted Christmas as Belle
Beauty and the Beast: Belle's Magical World as Belle
Mickey's Magical Christmas: Snowed in at the House of Mouse as Belle
Judy the Musical: From Gumm to Garland as Frances Gumm/Judy Garland (original cast)

Paige O'Hara is an American actress.

Born Donna Paige Helmintoller in Fort Lauderdale, Florida, she began acting at the age of four and studied at Parkway Middle School of Arts. She made her stage debut in 1978 in Company as Marta. She also appeared in a number of concerts and tours, as well as a radio production of One Touch of Venus, as the title character.

O'Hara's most famous role came in 1991, where she played the Disney Princess Belle in Beauty and the Beast and a number of sequels and spin-offs. She also made a cameo appearance as Angela in Enchanted, along with several other actresses to have played Disney heroines.

An accomplished singer, O'Hara made her Broadway debut as Ellie May Chipley in Show Boat and appeared as Ado Annie in the national tours of Oklahoma! and South Pacific, as well as the original cast of The Mystery of Edwin Drood.

She subsequently went on to appear in a number of concerts of musicals, notably a double bill of Of Thee I Sing and Let Them Eat Cake, and sang as Belle in Beauty and the Beast and every subsequent appearance she made as the character. O'Hara also originated the role of Judy Garland and the biopic musical Judy the Musical: From Gumm to Garland.

Beauty and the Beast: The Enchanted Christmas (1997)

Mickey's Magical Christmas: Snowed in at the House of Mouse (2001)

Judy the Musical: From Gumm to Garland (2011)(originated the role) 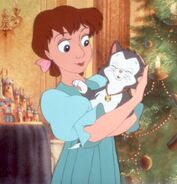 Clara and Pavlova in The Nutcracker Prince. 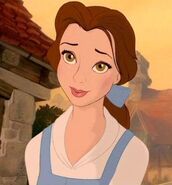 Belle in Beauty and the Beast. 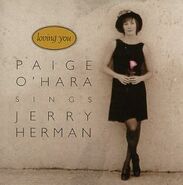 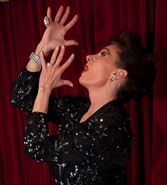 Judy Garland in Judy the Musical: From Gumm to Garland.
Community content is available under CC-BY-SA unless otherwise noted.
Advertisement