Michelle Pfeiffer is an American actress.

Born in Santa Ana, California, Pfeiffer originally trained as a court stenographer and took part in several beauty pageants before becoming an actress. She had a number of brief film and television roles, but received her first major positive notices for her role in Scarface and later in The Witches of Eastwick. She received her first Academy Award nomination for the role of Madame de Tourvel in Dangerous Liasons.

Since then, Pfeiffer received two subsequent Academy Award nominations, for The Fabulous Baker Boys and Love Field. She made a number of appearances in a whole range of films and genres, including superhero blockbuster Batman Returns as Selina Kyle/Catwoman, thriller What Lies Beneath and fantasy comedy Stardust.

Pfeiffer has had an extensive singing career intwined with her films, including a single release that came from her performance in the much deplored Grease 2. Pfeiffer was able to shake off the bad reputation of that film, and her next singing role, The Fabulous Baker Boys, contained a large number of solos and duets.

In 1998, Pfeiffer sang in the voice role of Tzipporah in The Prince of Egypt, and the duet she performed; "When You Believe" won the Academy Award for Best Original Song. In 2007, Pfeiffer also performed in the musical film adaptation of Hairspray, where she played the villainous Velma Von Tussle.

Jennifer Williams in The Children Nobody Wanted. 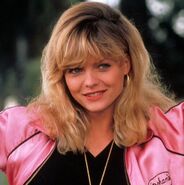 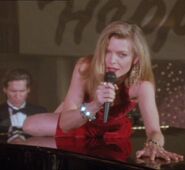 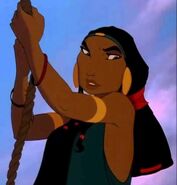 Tzipporah in The Prince of Egypt. 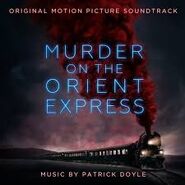 Murder on the Orient Express.
Community content is available under CC-BY-SA unless otherwise noted.
Advertisement