Merlin as Ariadne (original Broadway cast)
The Garry Shandling Show
Les Misérables as Eponine/Whore
A Little Night Music as Anne Egerman
The Swan Princess: Escape from Castle Mountain as Odette
Xena: Warrior Princess as Callisto
Aladdin and the Adventure of All Time as Cleopatra/Alice

Lady, Be Good (1992 studio cast)
Toonful
Celebrate the Seasons
Toonful Too
The Swan Princess: Escape from Castle Mountain (film soundtrack)
On My Own
A Hollywood Christmas

Michelle Nicastro was an American actress.

Born in Washington D.C., she began as a stage actress as well as making several guest appearances in programmes such as Airwolf, Murder, She Wrote and a major recurring role in Santa Barbara. She also made an appearance in When Harry Met Sally... as Harry's girlfriend.

Nicastro also became well known as a voice actress, playing Odette in the first three films in The Swan Princess series, as well as appearing in The Angry Beavers and Duckman: Private Dick/Family Man.

An accomplished stage and screen singer, Nicastro made her stage debut in Merlin playing Ariadne, and also appeared as Eponine in the tour of Les Misérables. She also sang in the second film in The Swan Princess saga, The Swan Princess: Escape from Castle Mountain, and dubbed Callisto's singing voice in Xena: Warrior Princess.

Nicastro also released three solo albums, Toonful and Toonful, Too (both compilations of cover song from animated films) as well as a musical themed album named On My Own.

Aladdin and the Adventure of All Time (2000) 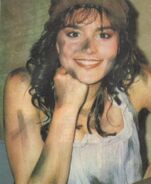 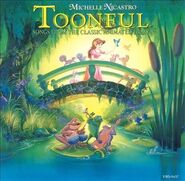 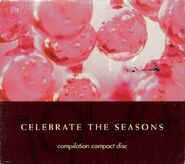 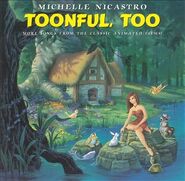 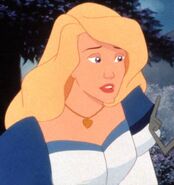 Odette in The Swan Princess: Escape from Castle Mountain. 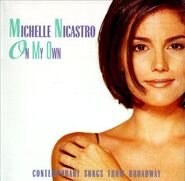 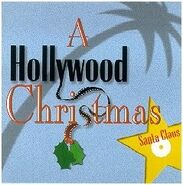 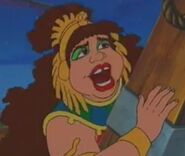 Cleopatra in Aladdin and the Adventure of All Time.
Add a photo to this gallery
Retrieved from "https://goldenthroats.fandom.com/wiki/Michelle_Nicastro?oldid=47789"
Community content is available under CC-BY-SA unless otherwise noted.