Mary McCarty was an American actress.

Born in Winfield, Kansas, McCarty was predominantly a stage actress, beginning her career as a child actress in the 1930 short Bubbles. She would often appear in bit roles in such films as In the Meantime, Darling and Tell It To a Star as well as television variety shows such as The Red Skelton Hour. Her best known role was as Clara "Starch" Willoughby in the series Trapper John, M.D.

Despite being best known for stage work, McCarty also sang onscreen on several occasions, beginning with "You've Gotta Eat Your Spinach, Baby" in Rebecca of Sunnybrook Farm. This was followed by the originating of several stage roles including Eve in Sleepy Hollow and Maisie Dell in Miss Liberty.

McCarty also appeared in such revues as Bless You All and an episode of the series Mister Peepers and played Stella Deems in the original production of Follies. She appeared in revivals of Annie, Get Your Gun and The Boys from Syracuse before creating her final role in Chicago; that of Matron "Mama" Morton. 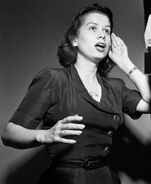 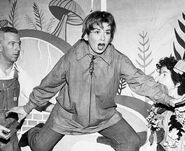 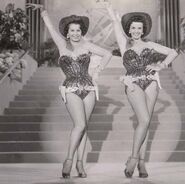 Annie Farrell and Mary "Mame" Carson in The French Line. 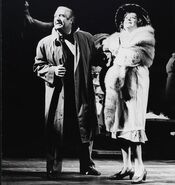 Max and Stella Deems in Follies. 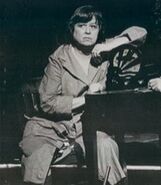