Len Cariou is a Canadian actor.

Born in St. Boniface, Manitoba, he was a founding member of the Manitoba Theatre Centre and made several appearances in Shakespeare plays before his Broadway debut in The House of Atreus.

Cariou was a recurring guest on Murder, She Wrote as Michael Hagerty, and despite appearing in several unsuccessful musicals, made several succesful appearances in straight Broadway plays such as The Dinner Party and Frost/Nixon. He also appeared frequently in a wide variety of feature films, including Thirteen Days and Secret Window with future Sweeney Todd actor Johnny Depp.

Cariou also gained an Emmy nomination for his portrayal of Franklin D. Roosevelt in Into the Storm and was a main cast member in the series Blue Bloods.

Cariou became best known for originating several roles on Broadway in the 1970s including Bill Sampson in Applause and Fredrik in A Little Night Music (a role he reprised for the film adaptation.

Cariou's next few productions were less successful, appearing in two shows in 1983 that closed shortly after, the last being Ziegfeld in 1988.

Dance a Little Closer(1983)(originated the role) 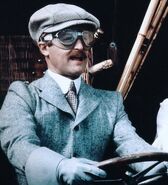 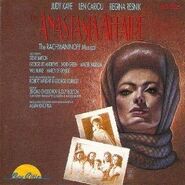 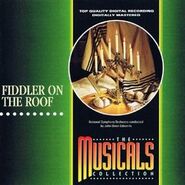 Tevye in Fiddler on the Roof.
Community content is available under CC-BY-SA unless otherwise noted.
Advertisement