Beauty and the Beast as Bimbettes
Tiny Toon Adventures as Little Sneezer
Dexter's Laboratory as Mom/Various Roles
The Wacky Adventures of Ronald McDonald: Scared Silly as Fry Kid #1
The Rugrats Movie as Phil DeVille/Lil DeVille/Betty DeVille
The Tigger Movie as Kanga
Disney's House of Mouse as Bimbettes
Lady and the Tramp 2: Scamp's Adventure as Colette and Danielle
Mickey's Magical Christmas: Snowed in at the House of Mouse as Kanga
A Very Merry Pooh Year as Kanga
Piglet's Big Movie as Kanga/Christopher Robin (singing voice)
Rugrats Go Wild as Phil DeVille/Lil DeVille/Betty DeVille
Futurama as Cubert Farnsworth
The Nightmare Before Christmas: Oogie's Revenge as Sally/Shock
Pooh's Heffalump Movie as Kanga
Tigger & Pooh and a Musical Too as Kanga
Tom and Jerry & The Wizard of Oz as Tuffy
Pound Puppies as Gail/Checkers/Winnie

Born on February 20, 1967 in New York City, New York, Soucie studied at the American Academy for Dramatic Arts and initially appeared in several television movies before her first voice acting role in 1986. Her first major roles came in the television shows The Real Ghostbusters and Pryde of the X-Men, in which she played the title character. More major television roles would come with Tom and Jerry Kids and The Rugrats franchise, which would be her longest running role.

Soucie also lent her voice to a large number of films, (particularly direct-to-video sequels and adaptations of television shows including Rugrats Go Wild, The Tigger Movie and 101 Dalmatians 2: Patch's London Adventure.) and several video games, playing the clumsy heroine Angela Cross in Ratchet and Clank 2, reprising her turn as Lola Bunny in various Looney Tunes games, and succeeding Catherine O'Hara as the voice of Sally and Shock in The Nightmare Before Christmas series.

Soucie made her first singing appearance as one of the trio of "Bimbettes" in Beauty and the Beast, though the majority of her musical roles were as her long running characters such as Phil and Lil DeVille (in The Rugrats Movie and Rugrats Go Wild) and Kanga of the Winnie the Pooh series, notably in Tigger & Pooh and a Musical Too.

Soucie also performed in the video game The Nightmare Before Christmas: Oogie's Revenge, playing both Sally and Shock, and in the musical Tom and Jerry & The Wizard of Oz, where she, as Tuffy, sang the solo "If I Only Had the Height."

Mickey's Magic Christmas: Snowed in at the House of Mouse (2001)

The Nightmare Before Christmas: Oogie's Revenge (2004) 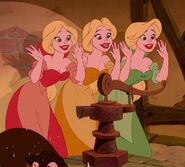 Bimbettes in Beauty and the Beast. 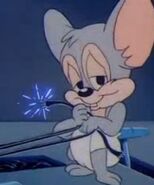 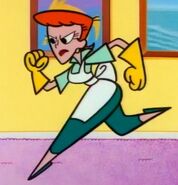 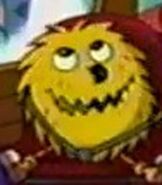 Lil DeVille and Phil DeVille in The Rugrats Movie. 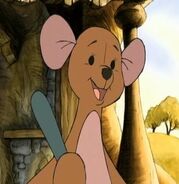 Kanga in The Tigger Movie.

Annette, Colette and Danielle. in Lady and the Tramp 2: Scamp's Adventure. 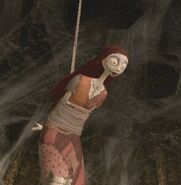 Sally in The Nightmare Before Christmas: Oogie's Revenge. 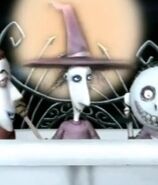 Shock in The Nightmare Before Christmas: Oogie's Revenge. 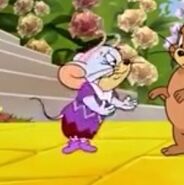 Tuffy in Tom and Jerry & The Wizard of Oz. 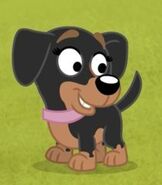