Jonathan Lynn is an English actor and writer.

Born in Bath, Somerset, he was a member of the Cambridge Footlights Club, before being nominated as Most Promising New Actor for Green Julia. He appeared on television in Twice a Fortnight, The Liver Birds and The Knowledge. He also had roles in the films The House That Dripped Blood, Romance with a Double Bass and Three Men and a Little Lady. Lynn later became best known as a writer, notably for being the co-creator of Yes, Minister and its follow-up, Yes, Prime Minister (as well as directing the 2010 stage production). He wrote and directed the films Clue and Nuns on the Run and wrote the novel Mayday and memoir Comedy Rules.

Lynn was the first actor to play Motel the tailor in the West End production of Fiddler on the Roof and sang the comic “Broadcast in Parliament Blues” on I’m Sorry I Haven’t a Clue. 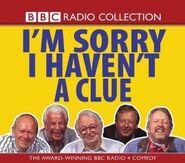 I'm Sorry I Haven't a Clue.
Community content is available under CC-BY-SA unless otherwise noted.
Advertisement