I'm In Love With The Honourable Mr. So And So

Joan Crawford was an American actress.

Born Lucille Fay LeSueur in San Antonio, Texas, she began her professional career as a dancer before appearing as the body double for Norma Shearer in Lady of the Night. She began making an impression on audiences with her appearance in Sally, Irene and Mary and soon moved from silent films to succesful talkies such as Grand Hotel and The Gorgeous Hussy. After a brief decline she won an Academy Award for her role in Mildred Pierce.

Though she received two further Academy Award nominations, Crawford later became known for her roles in melodramas and "screamers", perhaps most succesfully Whatever Happened to Baby Jane?. Her final screen role was on the television series The Sixth Sense.

Crawford made her singing debut performing "Gotta Feelin' For You" in The Hollywood Revue of 1929 and subsequently sang in a number of other films, including Montana Moon (which includes the duet "The Moon is Low"), Laughing Sinners (in which she played a café entertainer who joins the Salvation Army) and Mannequin (performing the solo "Always and Always"). She also released the solo album I'm In Love With The Honourable Mr. So And So. 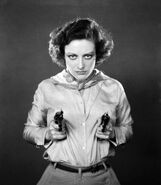 Mary Clay in Forsaking All Others.

Sally Parker in Love on the Run. 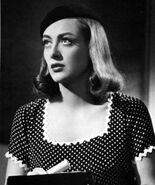 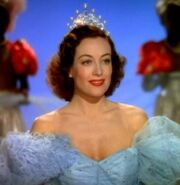 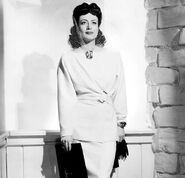 Mary Howard in When Ladies Meet. 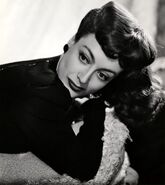 Frances Myles in Above Suspicion.