In Living Color as Various Roles
The Mask as Stanley Ipkiss/The Mask
Dumb & Dumber as Lloyd Christmas
Ace Ventura: When Nature Calls as Ace Ventura
The Roseanne Show
Man on the Moon as Andy Kaufman
How the Grinch Stole Christmas as The Grinch
Eternal Sunshine of the Spotless Mind as Joel Barish
Fun with Dick and Jane as Dick Harper
Horton Hears a Who! as Horton
Yes Man as Carl
Saturday Night Live
The Tonight Show with Jay Leno

Jim Carrey is a Canadian actor and comedian.

Born in Newmarket, Ontario, Carrey began working as a stand-up comedian and impressionist before appearing on television on The Tonight Show. He soon gained success onscreen after playing the titular leads in The Mask and Ace Ventura: Pet Detective as well as Lloyd in Dumb & Dumber and The Riddler in Batman Forever

Whilst Carrey remained best known for comic roles such as the leads in Liar, Liar and Bruce Almighty, he also received praise for more serious ventures such as The Truman Show, Eternal Sunshine of the Spotless Mind and I Love You Philip Morris.

Carrey sang mostly comic numbers in several of his film and television appearances, beginning with several parody songs in In Living Color, the swing hit "Cuban Pete" which he performed in The Mask and the duet "Mockingbird" in Dumb & Dumber.

Carrey also sang the villain song "You're a Mean One, Mr. Grinch" in How the Grinch Stole Christmas, and performed in character in Yes Man and out of character whilst hosting Saturday Night Live in 2011.

How the Grinch Stole Christmas (2000)

Eternal Sunshine of the Spotless Mind (2004) 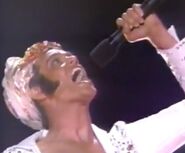 Johnny Abdul in In Living Color. 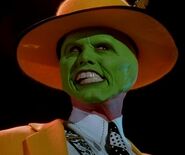 Stanley Ipkiss/The Mask in The Mask. 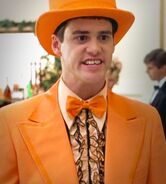 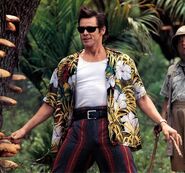 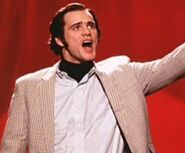 Andy Kaufman in Man on the Moon. 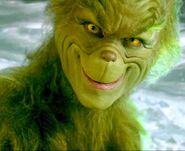 The Grinch in How the Grinch Stole Christmas. 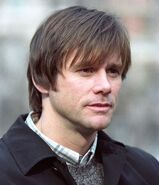 Joel Barrish in Eternal Sunshine of the Spotless Mind.

Dick Harper in Fun with Dick and Jane. 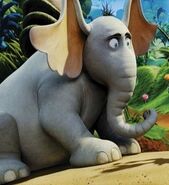 Horton in Horton Hears a Who! 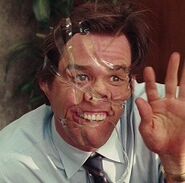 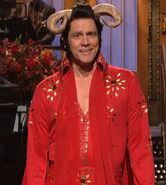 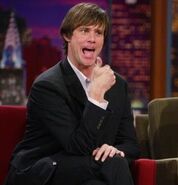 The Tonight Show with Jay Leno.
Add a photo to this gallery
Retrieved from "https://goldenthroats.fandom.com/wiki/Jim_Carrey?oldid=45973"
Community content is available under CC-BY-SA unless otherwise noted.