Jeff Bridges is an American actor and singer.

Born in Los Angeles, California to actor Lloyd Bridges, and brother of fellow actor Beau Bridges, he studied acting at the Herbert Berghof Studio; and in his youth did several projects with his father. In the Seventies Bridges came into his, gaining Academy Award nominations for The Last Picture Show and Thunderbolt and Lightfoot. He was ultimately nominated for four more Awards, winning for his role as musician Bad Blake in Crazy Heart.

Bridges gained major cult success for his role as "The Dude" in The Big Lebowski, and for playing the villainous Obadiah Stane in Iron Man. He additionally appeared in the science fiction film Tron, and its sequel in which he was digitally made younger for certain scenes.

With a musical career almost as extensive as his acting; Bridges first sang in the television series Sea Hunt, before a pair of bigscreen duets with Mia Farrow (in The Last Unicorn) and Karen Allen (in Starman). He later starred alongside his brother Beau in The Fabulous Baker Boys, in which he performed several numbers.

Bridges' most succesful musical role perhaps came with Crazy Heart, which would feature four solos and a duet on the soundtrack. He would later release the albums Be Here Soon and the simply named Jeff Bridges; both of which featured several songs he had written himself. 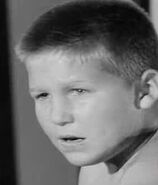 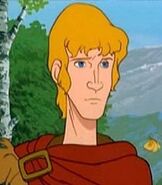 Prince Lir in The Last Unicorn. 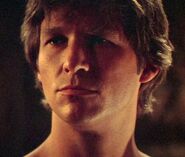 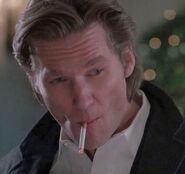 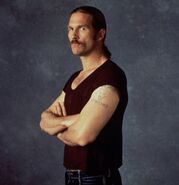 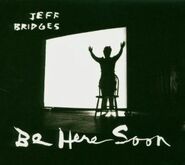 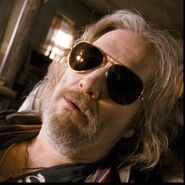 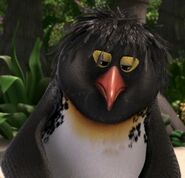 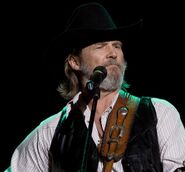 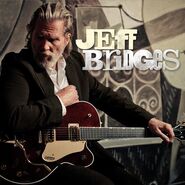 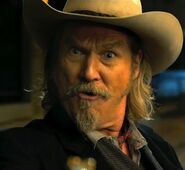 Roy in R.I.P.D.
Add a photo to this gallery
Retrieved from "https://goldenthroats.fandom.com/wiki/Jeff_Bridges?oldid=48616"
Community content is available under CC-BY-SA unless otherwise noted.