Jean Stapleton was an American actress.

Born in Manhattan, New York, Stapleton began her career as a stage actress, though a number of her appearances were recorded for television, such as The Come-Back and A Time for Heroes. She soon became a television actress, making guest appearances in such series as Car 54, Where Are You? and Dennis the Menace before taking up her most famous, long-running role as Edith in All in the Family.

Stapleton would also appear in a number of films, often made for television, including Something Wild and Cold Turkey, as well as larger productions such as You've Got Mail. She gained critical acclaim for her portrayal of Eleanor Roosevelt, whom she would later play in a one-woman show.

Stapleton passed away in 2013.

Stapleton sang in film, television and onstage throughout her lengthy career, originating such Broadway roles as Sister Miller in Damn Yankees, Sue in Bells Are Ringing and Mrs. Madigan in Juno.

In addition to performing the theme song, Stapleton also sang several times during her time as Edith Bunker, singing fragments of such songs as "Moon River", "Indian Love Call" and "Me and My Shadow." In later years she would continue to perform in musicals, playing such classic roles as Mrs. Lovett in Sweeney Todd: The Demon Barber of Fleet Street and Aunt Eller in Oklahoma! as well as providing the voice of Mrs. Jenkins in Pocahontas II: Journey to a New World.

Bells Are Ringing (1956)(originated the role) 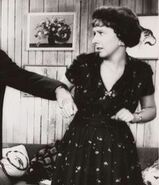 Sue in Bells Are Ringing. 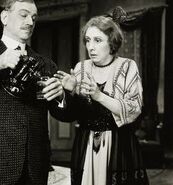 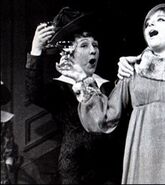 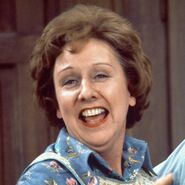 Edith Bunker in All in the Family. 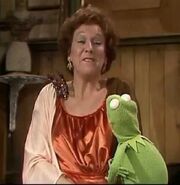 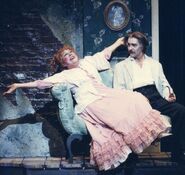 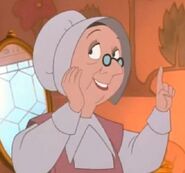 Mrs. Jenkins in Pocahontas II: Journey to a New World. 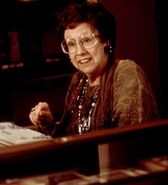 Birdie Conrad in You've Got Mail.
Community content is available under CC-BY-SA unless otherwise noted.
Advertisement