The Swan Princess as Sir Rothbart

Jack Palance was an American actor.

Born Volodymyr Palahniuk in Hazle, Pennsylvania, Palance was initially a boxer who served in World War II, before his big acting break as the original understudy for Stanley Kowalski in A Streetcar Named Desire. He soon moved into films and received an Academy Award nomination for Sudden Fear and a second for his villainous turn in Shane, one of many antagonistic roles he would play. He was also the voice of the devious Sir Rothbart in The Swan Princess.

Palance would go on to host the television revival of Ripley's Believe It or Not!, and appeared in a number of roles that served to revived his career, including Batman and an Academy Award winning turn in City Slickers.

Whilst Palance never sang on film or stage, he did release an eponymous country album featuring such classics as The Green, Green Grass of Home. 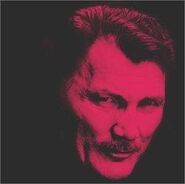 Palance.
Community content is available under CC-BY-SA unless otherwise noted.