Imogen Poots is an English actress.

Born in Hammersmith, London, she became inspired to act when working with the Young Blood Theatre Company and soon appeared in an episode of Casualty and the motion picture V for Vendetta, as the young Valerie Page. She first gained notice appearing in 28 Weeks Later, which was followed by roles in Fright Night, A Late Quartet and Need for Speed (among others) respectively.

Often appearing in romantic comedies such as She's Funny That Way, Poots also appeared in the film adaptations of Jane Eyre (as Blanche Ingram) and Beautiful Ruins as well as playing Linda Keith in the biopic Jimi: All Is By My Side. Onstage she featured as Honey in Who's Afraid of Virginia Woolf? 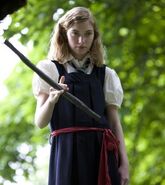 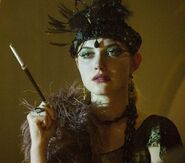 Jean Ross in Christopher and His Kind. 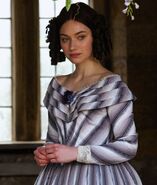 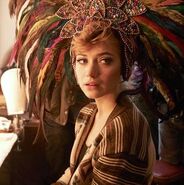 Debbie Raymond in The Look of Love. 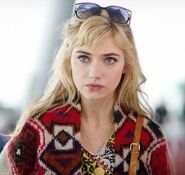 Jess in A Long Way Down.
Community content is available under CC-BY-SA unless otherwise noted.
Advertisement