Down Among the Z Men as Harry Jones
Forces' Sweetheart as Harry Llewellyn
Pickwick as Samuel Pickwick (original London cast/film)
The Four Musketeers as D'Artagnan
Oliver! as Mr. Bumble
Song of Norway as Bioernstjerne Bjoernson
Sunstruck as Stanley Evans

Harry Secombe was a Welsh actor, comedian and singer.

Born in Swansea, Glamorgan, he joined the Royal Artillery and fought in the Second World War, forming a comedy duo with Spike Milligan, with whom he served alongside. Following the war he became a radio comedian and soon appeared with Milligan and Peter Sellers long-running series The Goon Show. He also began to make several film appearances such as Jet Storm, and Ealing Studios' Davy.

Despite his popularity as a comedian, Secombe became more widely known as a singer, and appeared in several musicals, released several albums and was closely affiliated with Songs of Praise. He was also a hero of Charles, Prince of Wales, and was knighted in 1981.

Secombe passed away in 2001. He was the father of actors Andy and Katy Secombe.

Secombe's singing played a large part, particularly in later years, to his popular reputation, as he made appearances in film and stage musicals as well as programmes such as Songs of Praise. He began singing with his comedy partners The Goons, before releasing his first single Vesti la Giubba in 1955.

In 1963 Secombe famously played the Dickensian hero Samuel Pickwick in Pickwick, which he would both reprise for the television film and which would provide him with his greatest hit "If I Ruled the World". He also played D'Artagnan in the musical The Four Musketeers, and appeared in his second Dickensian musical in 1968, playing Mr. Bumble in the film adaptation of Oliver!

In later years, Secombe released several albums often with religious songs which suited his affiliation with Songs of Praise. He also appeared as a music teacher in one of his final film roles with Sunstruck, which resulted in performing several solo numbers.

The Four Musketeers (1967)(originated the role) 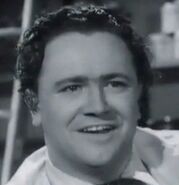 Harry Jones in Down Among the Z Men. 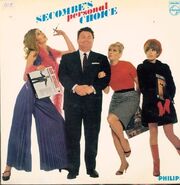 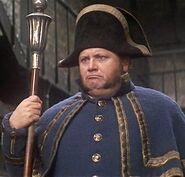 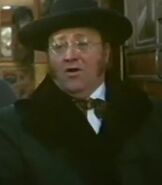 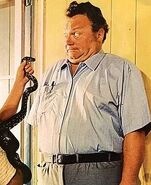 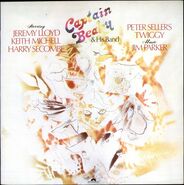 Captain Beaky and His Band