Hans Conried was an American actor.

Born in Baltimore, Maryland, Conried studied acting at Columbia University and became a classical stage actor as well as performing Shakespeare on radio, where he became well regarded for his diversity and range of characters. He also gained a regular role as a psychiatrist on The George Burns and Gracie Allen Show . In 1953, Conried would make his greatest mark as the voice and models of both Captain Hook and Mr. Darling in Disney's Peter Pan, as well as making his stage debut in the musical Can-Can and portrayed Dr. Terwilliker on The 5000 Fingers of Dr. T. Although he was replaced by Taylor Holmes for the voice role of King Stefan in Sleeping Beauty, Conried remained a live action model performance for Stefan and the uncredited voice for Lord Duke (the Royal Herald), though it is still unknown to this day who voiced Duke.

Though he occasionally appeared in live action films, Conried was best known for his character roles and various animated characters, notably appearing in three Dr. Seuss specials and creating the character of Snidely Whiplash in the Dudley Do-Right series.

Conried performed a number of his songs in the course of his career, frequently comic character pieces. In 1953, he sang his first number on stage and screen with respectively with Can-Can (originating the role of Boris) and Peter Pan. In the same year, he also sang as the title character in The 5,000 Fingers of Dr. T.

Conried continued to sing during his voiceover roles in productions such as Horton and Dr. Hoovey in Horton Hears a Who! and The Phantom Tollbooth, in which he played the brothers King Azaz and The Mathemagician. He also continued to play stage roles, originating the role of Harry in 70, Girls, 70 and Madame Lucy in Irene. 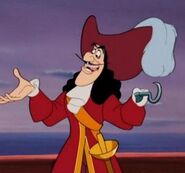 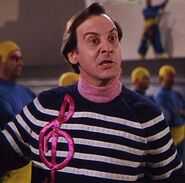 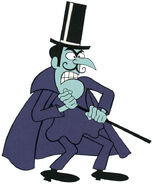 Snidley Whiplash in Dudley Do Right

Horton the Elephant in Horton Hears a Who 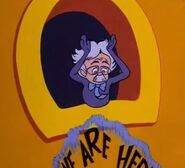 Dr. H. Hoovey in Horton Hears a Who King Azaz in The Phantom Tollbooth. 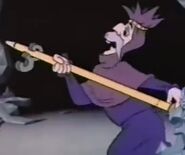 The Mathemagician in The Phantom Tollbooth. 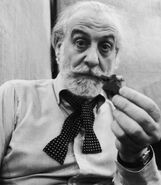 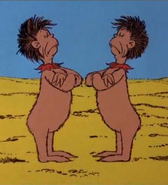 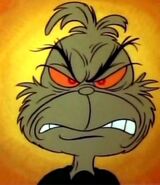 The Grinch in Halloween is Grinch Night.

Thorin Oakenshield in The Hobbit.
Community content is available under CC-BY-SA unless otherwise noted.
Advertisement