The Andy Griffith Show as Otis Campbell
Winnie the Pooh and the Honey Tree as Owl
The Jungle Book as Slob Elephant/Monkey
Winnie the Pooh and the Blustery Day as Owl
Santa and the Three Bears as Uncle Hal/Santa/Mr. Ranger
Halloween is Grinch Night as Josiah
DuckTales as Gyro Gearloose
Alice Through the Looking Glass as The Bandersnatch/The Conductor/C. Biscuit

Hal Smith was an American actor.

Born Harold Smith in Petoskey, Michigan, he first began to act whilst working for WIBX Radio in Utica, as both a voice artist and disc jockey. After the war, he moved to Hollywood, where he would appear in a number of television shows including Dennis the Menace and The Red Skelton Show, but most enduringly as Otis Campbell, the town drunk, in The Andy Griffith Show.

Smith was also a versatile voice actor, serving as the original voice of Owl in the Winnie the Pooh shorts, as Goliath in Davey and Goliath, and taking over iconic roles such as Goofy and Elmer Fudd. He was also prominent in television advertisements, promoting Pizza Hut, Kellogg's and the Bell Telephone Company among others.

Smith sang a few times most frequently in his career as a voice over artist, as part of a chorus of characters in Winnie the Pooh and the Honey Tree and The Jungle Book, whilst having larger solo parts in Halloween is Grinch Night (performing "I Wouldn't Go Out On a Night Like This") and Alice Through the Looking Glass, in which he performed in the trio number "We're Bad", as the Bandersnatch.

Alice Through the Looking Glass (1987) 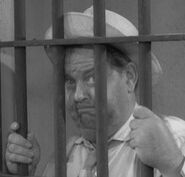 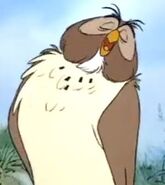 Owl in Winnie the Pooh and the Honey Tree. 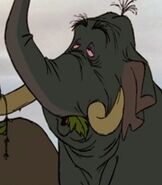 Slob Elephant in The Jungle Book. 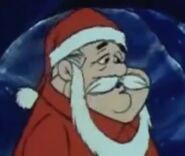 The Ranger in Santa and the Three Bears.

Josiah in Halloween is Grinch Night. 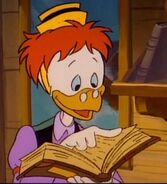 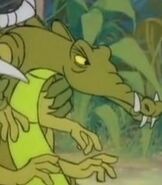 The Bandersnatch in Alice Through the Looking Glass.
Add a photo to this gallery
Retrieved from "https://goldenthroats.fandom.com/wiki/Hal_Smith?oldid=54021"
Community content is available under CC-BY-SA unless otherwise noted.