Gwen Verdon was an American actress.

Born in Culver City, California, she began dance classes at the age of three and gave her first solo dance appearance in 1936. In 1945 she made her screen debut as a dancer in a The Blonde from Brooklyn and would dance in a number of films and shows including Show Boat and Alive and Kicking.

Primarily a stage actress, Verdon also appeared in films such as The Cotton Club, Cocoo and Alice as well as Emmy nominated turns in Magnum, P.I., Dream On and Homicide: Life on the Streets.

Verdon originated a number of roles in major shows, beginning with that of Claudine in Can and later Lola in both the stage and film adaptations of Damn Yankees.

Verdon would also appear on variety shows such as The Danny Kaye Show and The Bob Hope Show before originating leading roles in Sweet Charity and Chicago. 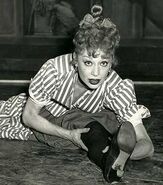 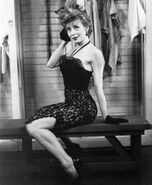 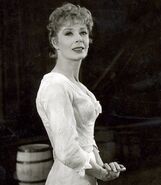 Anna in New Girl in Town. 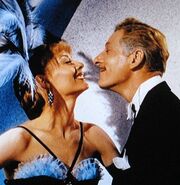 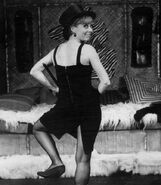 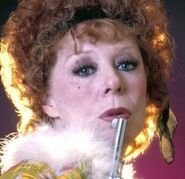