Gloria Stuart was an American actress.

Born Gloria Stewart in Santa Monica, California, she was spotted in a production of The Seagull by two major studios, going on to make several figures in a short period of time including The Old Dark House, The Invisible Man and Here Comes the Navy. She departed Hollywood after a series of films with Shirley Temple.

Stuart went on to appear in stage productions of Man and Superman, The Pursuit of Happiness and Our Town. She continued to act into her old age, receiving an Academy Award nomination for Titanic in 1997 and making her final film appearances in Million Dollar Hotel and Land of Plenty.

Stuart sang in a number of her early films, notably singing "I Can't Help But Dream Of You" in Secret of the Blue Room and duetting on "I'm Going Shopping With You" in Gold Diggers of 1935. 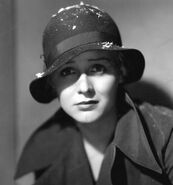 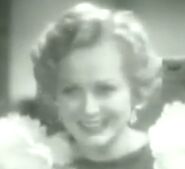 Irene von Helldorf in Secret of the Blue Room. 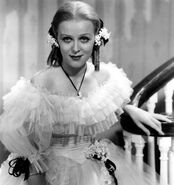 Ann Prentice in Gold Diggers of 1935. 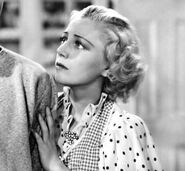 Anne Marvis in 36 Hours to Kill.
Add a photo to this gallery
Retrieved from "https://goldenthroats.fandom.com/wiki/Gloria_Stuart?oldid=49131"
Community content is available under CC-BY-SA unless otherwise noted.