Lipstick on Your Collar as Private Hopper
Emma as Frank Churchill
Velvet Goldmine as Curt Wild
Nora as James Joyce
Moulin Rouge! as Christian
Down With Love as Catcher Block
Guys and Dolls as Sky Masterson
Miss Potter as Norman Warne
Cassandra's Dream as Ian
Beauty and the Beast as Lumiere


Beauty and the Beast (2017 film soundtrack)

Ewan McGregor is a Scottish actor.

Born in Perth, Scotland, McGregor worked at Perth Repertory Theatre and later studied at the Guildford School of Music and Drama. Whilst studying he was cast in the series Lipstick On Your Collar, soon after gaining recognition for his roles in cult films Shallow Grave and Trainspotting. McGregor would soon become globally famous for his role as Obi-Wan Kenobi in the Star Wars series, whilst still appearing in such pictures as Little Voice and Big Fish.

McGregor appeared in a number of diverse films, from animated features such as Valiant and Robots, thrillers (Angels and Demons) and comedies including The Men Who Stare at Goats. He also appeared several times on stage, gaining critical acclaim for playing Iago in Othello.

McGregor sang in a number of films, notably in his appearance as glam rocker Curt Wild in Velvet Goldmine and the bohemian Christian in Moulin Rouge!, where he performs such songs as "Your Song" and "Come What May."

Later, McGregor would duet with several performers in romantic comedies; including in Down with Love (singing "Here's to Love") and Cassandra's Dream (where he sang "Show Me the Way to Go Home.") He also played Sky Masterson for several months in the London production of Guys and Dolls and Lumiere in Beauty and the Beast.

Unexpected Dreams – Songs From the Stars (2006) 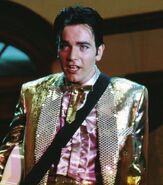 Private Hopper in Lipstick on Your Collar. 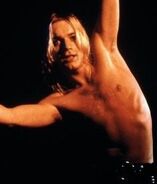 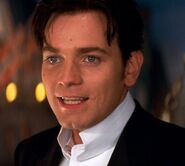 Catcher Block in Down with Love. 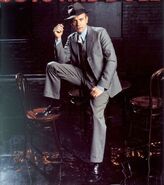 Sky Masterson in Guys and Dolls. 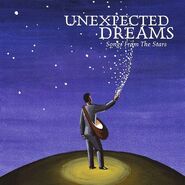 Unexpected Dreams – Songs From the Stars. 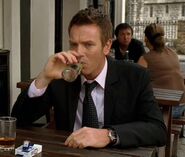 Lumiere in Beauty and the Beast.
Community content is available under CC-BY-SA unless otherwise noted.
Advertisement