Me and My Girl as The Hon. Gerald Bolingbroke
Privates on Parade as Eric Young-Love
Candide as Pangloss/Pococurante
Lady in the Dark as Russell Paxton
Everyone Says I Love You as Harry Winston Salesman
The Green Bird as Tartagliona
Once Upon a Mattress as The Wizard
The Drowsy Chaperone as Underling (original Broadway cast)
Curtains as Christopher Belling (orignal Broadway cast)
The Sound of Music as Max Detweiler
It Shoulda Been You as Albert (original Broadway cast)

Born in Long Island, New York, Hibbert grew up in Britain and studied at the Royal Academy of Dramatic Arts. In the 1980s he returned to American and appeared on television on a number of occasions, notably as Gil Chesterton in Frasier and as Sterling in Jeffrey, for which he won an Obie Award. He also took over the role of Zazu in Disney's The Lion King, one of several voice roles, which included Evil the Cat in Earthworm Jim.

Hibbert also made a number of appearances on Broadway in both straight plays and musicals, including Noises Off and Mrs. Warren's Profession, for which he received excellent reviews, and films such as The Prestige and Seven Psychopaths.

Hibbert has a wide list of singing credits, most prominently on the Broadway stage, first appearing as Bolingbroke in Me and My Girl and playing Dr. Pangloss in Candide. He also sang briefly in the film Everyone Says I Love You alongside Edward Norton, and the television movie Once Upon a Mattress as The Wizard.

Along with a number of more obscure productions, Hibbert later performed in the original productions of Curtains as Christopher Belling, and It Shoulda Been You, where he played Albert.

It Shoulda Been You (2015)(originated the role) 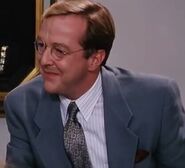 Harry Winston Salesman in Everyone Says I Love You. 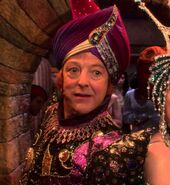 The Wizard in Once Upon a Mattress. 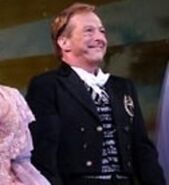 Underling in The Drowsy Chaperone. 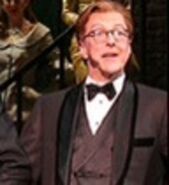 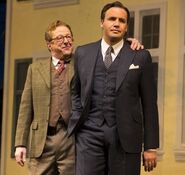 Max Detweiler and Captain Georg von Trapp in The Sound of Music. 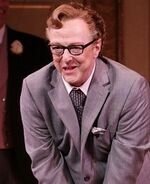 Albert in It Shoulda Been You.
Community content is available under CC-BY-SA unless otherwise noted.
Advertisement