One in a Million as Bob Harris
You Can't Have Everything as George Macrae
In Old Chicago as Jack O'Leary
Happy Landing as Jimmy Hall
Alexander's Ragtime Band as Charlie Dwyer
The Singing Musketeer as Gascon D'Artagnan
Lillian Russell as Edward Solomon
Down Argentine Way as Ricardo Quintana
That Night in Rio as Larry Martin/Baron Duarte
Moon Over Miami as Phil O'Neil
Kiss the Boys Goodbye as Lloyd Lloyd
Something to Shout About as Ken Douglas
Greenwich Village as Kenneth Harvey
It's in the Bag! as Fred F. Trumble Flooge
Slightly French as John Gayle
Hazel Flagg as Wallace Cook
Silk Stockings as Steve Canfield (original Broadway cast)
Goldilocks as Max Grady (original Broadway cast)
13 Daughters as Chun
I Married an Angel as Willy Perrin
How to Succeed in Business Without Really Trying as J.B. Biggley
Henry, Sweet Orient as Henry Orient (original Broadway cast)
No, No, Nanette as Jimmy Smith
Mame as Beauregard Jackson Pickett Burnside
Cocoon as Art Selwyn

Don Ameche was an American actor.

Born Dominic Amici in Kenosha, Wisconsin, Ameche had his first acting role standing in for an actor in Excess Baggage. He made his film debut in 1935 and became recognised for his leading role as the titular character in The Story of Alexander Graham Bell. A popular romantic lead in such films as Heaven Can Wait and Down Argentine Way, Ameche also appeared frequently on television and as a radio performer.

Appearing in films for the entirety of his acting career, Ameche made a notable appearance as Mortimer Duke in Trading Places as well as having an Academy Award winning turn as Art Selwyn in Cocoon (a part he reprised for the sequel).

Ameche sang many times in his extensive career, often in his early films such as You Can't Have Everything, Alexander's Ragtime Band and The Singing Musketeer, in which he played the leading role of Gascon D'Artagnan.

Ameche would later appear in a number of stage musicals and originated such roles as Steve Canfield in Silk Stockings, Max Grady in Goldilocks and Henry in Henry, Sweet Orient. He also sang several times in his Award winning role in Cocoon.

How to Succeed in Business Without Really Trying (1966) 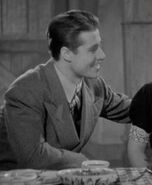 Bob Harris in One in a Million.

George Macrae in You Can't Have Everything. 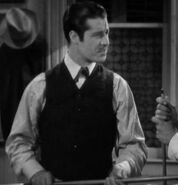 Jack O'Leary in In Old Chicago. 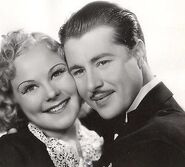 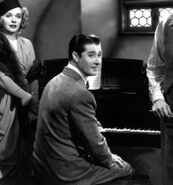 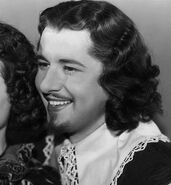 Gaston D'Artagnan in The Singing Musketeer. 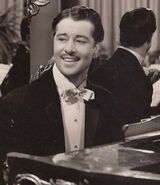 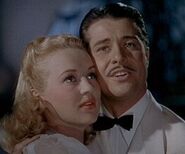 Ricardo Quintana in Down Argentine Way. 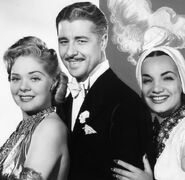 Larry Martin in That Night in Rio. 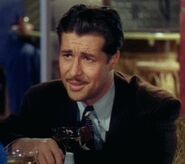 Phil O'Neil in Moon Over Miami. 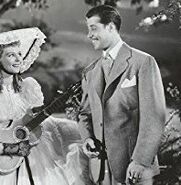 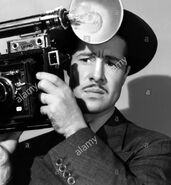 Ken Douglas in Something to Shout About.

Fred F. Trumble Flooge in It's in the Bag! 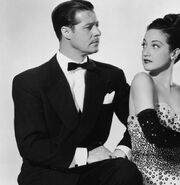 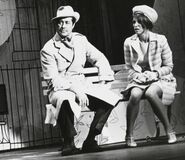 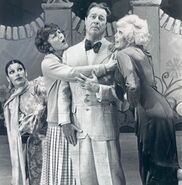 Jimmy Smith in No, No, Nanette. 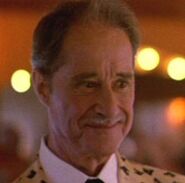