Cindy-Ella as Prince Charming Jones/Peanuts/Mr. Meshak/Herald (original Broadway cast)
The Roar of the Greasepaint - The Smell of the Crowd as The Negro (original London cast)

Cy Grant was a Guyanese actor and singer.

Born Cyril Grant in British Guiana, he served in the RAF during the Second World War and later successfully auditioned for the Festival of Britain Company, combining his skills as both a singer and actor. He frequently appeared on Tonight, as well as in the film Sea Wife.

In 1965, Grant portrayed the lead in Othello and provided the voice of Lieutenant Green in the popular series Captain Scarlet and the Mysterons.

Grant released a number of albums, including Caribbean Songs Chants Guyane Des Caraibes and Cool Folk He also appeared in two stage musicals, as Prince Charming and a number of other roles in Cindy-Ella, and as The Negro in The Roar of the Greasepaint - The Smell of the Crowd. 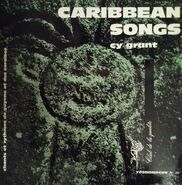 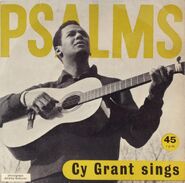 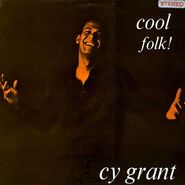 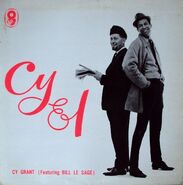 Cy & I.
Add a photo to this gallery
Retrieved from "https://goldenthroats.fandom.com/wiki/Cy_Grant?oldid=49850"
Community content is available under CC-BY-SA unless otherwise noted.