Corey Burton is an American actor.

Born Corey Weinberg in Granada Hills, California, he begin studying radio acting with Disney before becoming a regular voice performer, taking over a number of roles played by deceased or unavailable performers for sequels, such as Captain Hook, The Mad Hatter and Zeus, as well as a regular role as Ludwig von Drake in DuckTales.

Outside of his work with Disney, Burton played a number of roles in the Transformers series, villains including Hugo Strange and The Scarecrow in Batman and acted as a voice double for Christopher Lee in the Star Wars and Kingdom Hearts series.

Burton has sung a number of times frequently during his collaborations with Disney, including providing the title theme for the Disney singalong collection.

Additionally, Burton sang in the Disney's House of Mouse series and two of its spin-off films, and performed the duet "At the Ball" in Cinderella 3: A Twist in Time.

Mickey's Magical Christmas: Snowed in at the House of Mouse (2001) 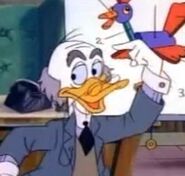 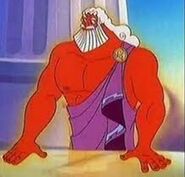 Zeus in Hercules: The Animated Series. 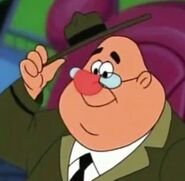 Gus in Cinderella 3: A Twist in Time.
Community content is available under CC-BY-SA unless otherwise noted.