Oklahoma! as "Ado" Annie Carnes
Bloomer Girl as Evelina (original Broadway cast)
Three Little Girls in Blue as Miriam Harrington
Carnival in Costa Rica as Celeste
Everybody Does It as Doris Blair Borland
The King and I as Anna Leonowens
High Society as Liz Imbrie
Producers' Showcase as Mad Meggie
Cinderella as Fairy Godmother
Doctor, You've Got to Be Kidding! as Louise Halloran
Mame as Mame Dennis
Mama as Mama (original cast)
Tom Sawyer as Aunt Polly
The Utter Glory of Morrissey Hall as Julia Faysle (original Broadway cast)
Allegro as Grandma Taylor

Celeste Holm was an American actress.

Born in New York City, Holm studied Drama at the University of Chicago and received her first theatrical role in a production of Hamlet. She began to make several appearances on Broadway, first gaining recognition for Oklahoma! in 1943. She made her film debut in 1946 and earned an Academy Award the following year for Gentleman's Agreement.

Holm would continue to appear in several films throughout her career, including All About Eve, Three Men and a Baby and The Tender Trap, but preferred theatre roles, often in musicals. She also appeared in several television programmes, including Columbo and Archie Bunker's Place.

Holm passed away in 2012, and her final film was released the following year.

Perhaps best known for her musical theatre toles despite a varied career, beginning with originating the role of "Ado" Annie Carnes in Oklahoma! and Evelina in Bloomer Girl before her first onscreen solo in Three Little Girls in Blue. She also became the second actress to play Anna Leonowens in The King and I.

Holm also sang onscreen a number of times, notably performing "Who Wants to Be a Millionaire?" in High Society and appearing in the television film of Cinderella as the Fairy Godmother. She played the titular lead in Mame and made her final singing performance as Grandma Taylor in 1994's Allegro.

The Utter Glory of Morrissey Hall (1979)(originated the role) 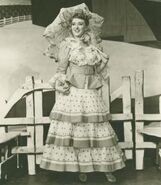 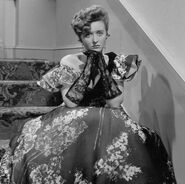 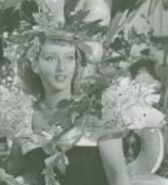 Celeste in Carnival in Costa Rica. 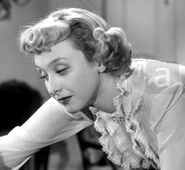 Doris Blair Borland in Everybody Does It. 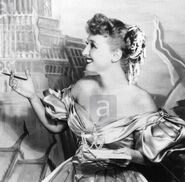 Anna Leonowens in The King and I. 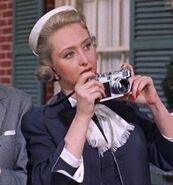 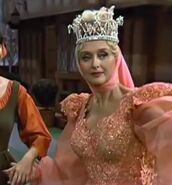 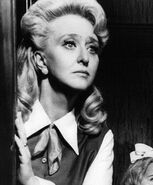 Louise Halloran in Doctor, You've Got to Be Kidding! 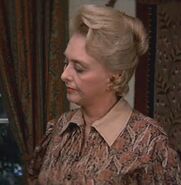