Anne Bancroft was an American actress.

Born Anne Italiano in The Bronx, New York, she studied at HB Studio, the American Academy of Dramatic Arts, the Actors Studio and the American Film Institute's Directing Workshop for Women, becoming a practitioner of The Method. She made her film debut in Don't Bother to Knock and stage debut in 1958's Two for the Seesaw, winning a Tony Award, and receiving a subsequent Tony and Academy Award for her role as Annie Sullivan in the stage and film productions of The Miracle Worker.

Bancroft continued to appear on stage and screen as well as television, gaining an Emmy Award for her role in Annie: the Women in the Life of a Man and further Academy Award nominations for The Graduate and The Turning Point. She also worked as screenwriter and director of Fatso.

Bancroft sang in several of her films, beginning with several numbers in Don't Bother to Knock and a duet in To Be or Not to Be. She also sang on the variety show Perry Como's Kraft Music Hall and the television series Freddie and Max. 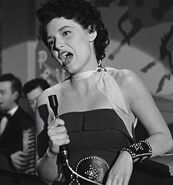 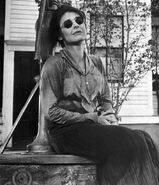 Annie Sullivan in The Miracle Worker. 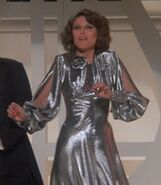 Anna Bronski in To Be or Not to Be.
Add a photo to this gallery
Retrieved from "https://goldenthroats.fandom.com/wiki/Anne_Bancroft?oldid=50003"
Community content is available under CC-BY-SA unless otherwise noted.